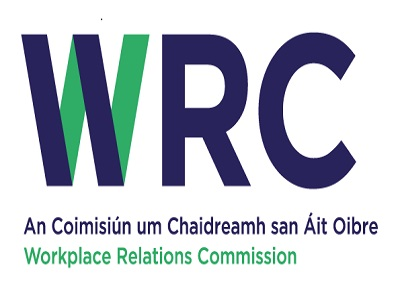 This latest operation brings the total number of inspections on whitefish vessels carried out to date by the WRC to almost 390 and is the sixth operation of its kind conducted by the WRC since the introduction of the Atypical Worker Permission (AWP) Scheme in February 2016.

The Scheme provides a structured and transparent framework for the employment of non-EEA workers within defined segments of the Irish fishing fleet (mainly the whitefish sector) and sets down minimum terms and conditions of employment for those workers to reduce the risk of exploitation and guarantee employment rights and protections to non-EEA workers.

Speaking after the operation, Liam Kelly, Director General of the WRC said, “The WRC is committed to playing its part in the multi-agency efforts to enforce the AWP Scheme and continues to deploy its specially trained team of inspectors on both targeted mini-operations such as Operation Proteus and on ad hoc unannounced inspections. The WRC has also invested significantly in promoting awareness within the fisheries sector; attending fisheries events, speaking to workers during inspections, producing publications on employment rights in multiple languages and having a dedicated webpage for owners and fishers on our website.”

Since 2016, some 260 contraventions of employment rights and employment permits legislation have been detected by the WRC as part of this multi-agency effort to enforce the scheme. Other agencies involved in the inspection effort include the Department of Justice and Equality, the Department of Agriculture, Food and the Marine, the Marine Survey Office (MSO) of the Department of Tourism, Transport and Sport, the Health and Safety Authority (HSA), the Sea Fisheries Protection Authority and the Department of Business, Enterprise and Innovation (DBEI).

Following an agreement reached last April between the WRC and the Marine Survey Office (MSO), the WRC now refers any potential issues related to compliance with working time and hours of rest regulations encountered during inspections to the MSO, which is tasked with their enforcement.

One of the main functions of the WRC is to promote and encourage compliance with relevant employment, equality and equal status legislation through targeted announced and unannounced inspections. These are carried out by the WRC inspection division. In 2018, the WRC inspectorate conducted two targeted operations focused on the AWP Scheme, the first in March and second in June 2018, which followed on from inspections carried out in 2016 and 2017.

The compliance checks undertaken by WRC Inspectors under the Atypical Scheme are as follows:

In the case of fisheries, 55 specific checks are undertaken by WRC Inspectors. Between April 2016 – June 2019 the WRC detected 256 contraventions to employment legislation. The breakdown of these contraventions is as follows:

It is WRC policy and practice to issue Contravention Notices in all cases where contraventions are detected. To date 120 Notices have been issued. These Notices set out the contravention detected, the grounds, evidence and proofs underpinning the detection, the actions required by the employer and the possible further action which may be taken by the Commission where the employer fails or refuses to comply within the specified period. Where the employer does not comply, including the payment of any unpaid wages, the WRC may initiate legal proceedings, including the issue of Compliance or Fixed Payment notices and the taking of prosecution proceedings. Five successful prosecutions have been taken to date and a further 9 have been initiated.

The Scheme for the employment of non-EEA fishers in parts of the Irish commercial sea-fishing fleet was launched on 15 February 2016 by the then Ministers for Justice and Equality; Agriculture, Food and the Marine; and Business, Enterprise and Innovation.

The Scheme is an extension of the Atypical Working Scheme, administered by the Department of Justice & Equality (Irish Naturalisation & Immigration Service), and was introduced based on a series of recommendations made by the Government Task Force on Non-EEA workers in the Irish Fishing Fleet in December 2015. This Task Force was established following reports of alleged abuses of migrant workers on board Irish fishing vessels. It received presentations and submissions from several relevant stakeholders, including the Migrant Rights Centre Ireland and the International Transport Workers Federation.

The Scheme provided for the first time a structured and transparent framework for the employment of non-EEA workers within defined segments of the Irish fishing fleet. The Scheme sets down minimum terms and conditions of employment applicable to these workers which are in line with the general statutory terms and conditions applicable to workers more generally in the State. Ministers welcomed the Scheme as a solution to the risk of exploitation and to guarantee employment rights and protections to non-EEA fishers availing of the Scheme.

Detailed information on the Scheme is available on the Irish Naturalisation and Immigration Service (INIS) website, www.inis.gov.ie, or the Government’s commercial sea-fishing network portal, www.fishingnet.ie.

Following mediation in early April this year between several Government Departments and the International Transport Workers’ Federation on the Scheme for employment of non-EEA fishers (outside the European Economic area) in parts of the Irish sea-fishing fleet, a settlement agreement was reached and signed by all parties.

This mediation was in the context of proceedings taken by the International Transport Workers’ Federation against the relevant Government Departments in relation to the Scheme and a High Court judgment on injunctive relief, dated 7 December 2018. The High Court struck out the case on 30 April, 2019.

The main terms of the agreement are as follows:

The Oversight Committee, chaired by the Department of Agriculture, Food and the Marine, will meet on a two-monthly basis for the first six months, starting in May, and quarterly thereafter, to monitor the Scheme and ensure that it is operating as intended.