In general, Inspectors have the following powers:

An Inspector may on occasion be accompanied by other Inspectors from the WRC, the Department of Employment Affairs and Social Protection, the Revenue Commissioners or by members of An Garda Síochána.

Any person who obstructs or interferes with, or otherwise impedes, an inspector or member of An Garda Síochána in the course of exercising a power conferred on him/her by the Act will be guilty of an offence. Similarly, a person who fails or refuses to comply with a request or requirement of, or who fails to answer questions asked by, the inspector or a member of An Garda Síochána, or who provides false or misleading information to him/her will be guilty of an offence.

Where breaches of legislation have been found, an Inspector may, depending on the section of legislation involved, issue either a Compliance Notice or a Fixed Payment Notice to an employer. Other breaches of employment law are classed as offences and may result in a criminal prosecution. Further information on each of these Notices is available on the links below.

Concerns over employment rights, exploitation of workers or undeclared work can be reported to WRC Inspection Services by e-mailing inspection@workplacerelations.ie 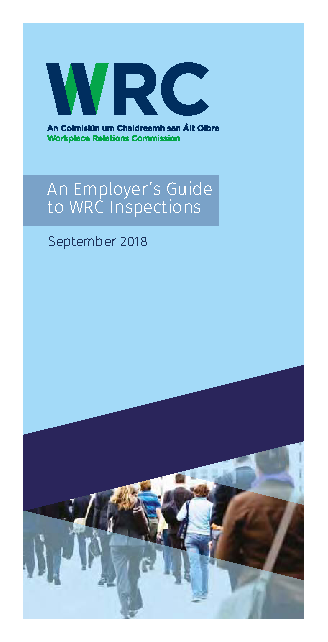 This Guide is designed to assist an ... 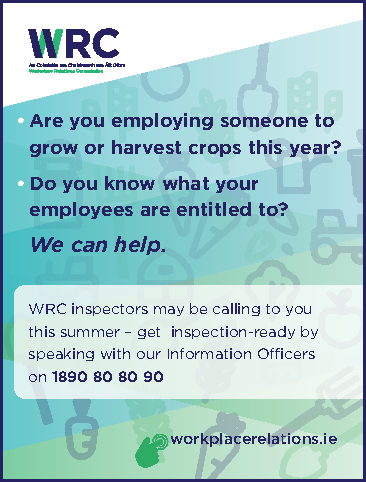 Where a Workplace Relations Inspector has reasonable grounds for believing that a person has committed an offence under certain specified legislation, he/she m...

Where a Workplace Relations Inspector is satisfied that an employer has contravened certain sections of specified legislation in relation to one or more of his...